From time immemorial, the Boruca tribe has practiced ceremonies and rituals dedicated to the gods of nature. With the arrival of the spanish invaders, our ancestral villages lost many customs and rituals. Out of these confrontations and wars, our Kabru^Rojc tradition was born. symbolically we are again fighting the spaniard, represented by a structure made of sticks, covered with burlap sacks, and in the place of the bull’s face, there is a wooden mask, completed with a set of cow horns. symbolically this character tries to kill and conquer the Kabru Rojc.

The Kabru is a mysterious being, which was born in a hill called Brugra, in the vicinity Boruca. The moment called kak ij is when the night ends, and the dawn begins; it is the time to play the accoustic shells, drums, and flutes; it is also the time when the Warriors are born and start dancing with their costumes and their masks portraying the macaws, eagles, crocodiles, peccaries, jaguars, and many other mythical beings acknowledged by the villagers. With their roars, chanteys, and music, they announce the arrival of the Warriors who were born behind the sun and will fight and protect the people from the envious xaman (intruder) whom is thirsty for land, slaves, and gold.

The Kabru Rojc, sometimes win and sometimes lose their battles. Just when the invaders believe they have succeeded, the Kabru leader gives the order to capture, kill, and burn the bull in a bonfire. For the borucas, fire represents the joy of a new life and the closing of our traditional year-end festivities.

Note: The Kabru ^Rojc don’t use the name of the “little devils’ dance” anymore; according to the tradition, they are mysterious beings and not devils.

END_OF_DOCUMENT_TOKEN_TO_BE_REPLACED

Clients, Friends, and neighbors gathered at the Plaza de los Delfines, located at the entrance of Ojochal, Costa Ballena, Costa Rica, in order to celebrate the sixth anniversary of Pancito Cafe. The weather was calm […]

END_OF_DOCUMENT_TOKEN_TO_BE_REPLACED 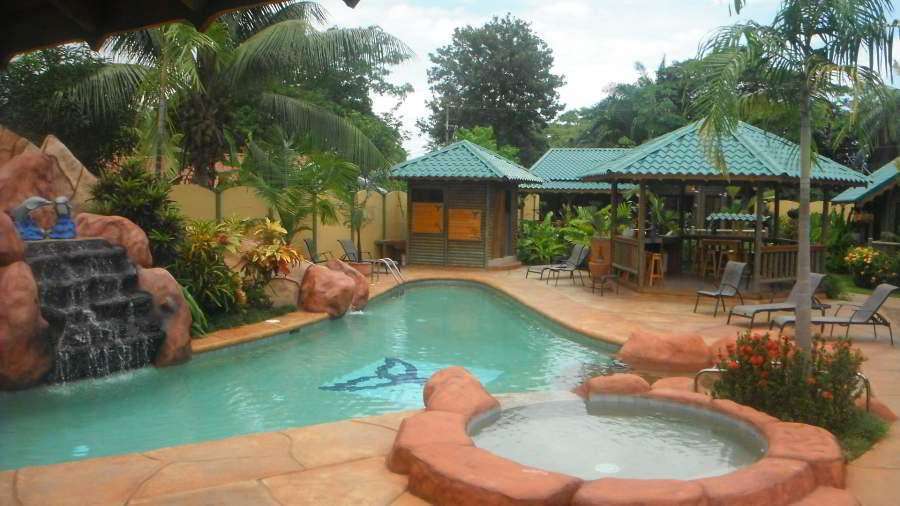