Shark in the water – Costa Rica – Photo by David García

In 2008, according to the International Union for Conservation of Nature (IUCN) the hammerhead shark (Sphyrna lewini) was declared an endangered species.

Being protected around Coco Island, there are no conservation measures along Costa Rica’s Pacific coastal areas. For this reason, the Shark Quest (Misión Tiburón) is created in 2010, with the support of International  conservation organizations and the fishermen of the Golfo Dulce. Its purpose is to identify and protect areas of aggregation used by the hammerhead shark. For the identification and management of these areas they have been gathering anecdotal and biologically-fishery information in cooperation with local fishermen (FENOPEA). Up to date they have analyzed 67 different fishing operation areas (Jiménez, Pavones, Matapalo and Punta Banco). The largest catches of juvenile hammerhead shark appeared during the months of July and August, when the sharks are still small (65 cm). The way the sharks and rays were captured, made it possible to release them alive and score 70 sharks (hammerheads, tigers, cats, billfish) and 65 rays. Based on the analysis, Golfo Dulce is a potential breeding area for hammerheads in the Costa Rican Pacific. 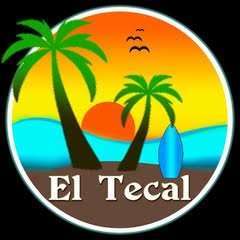 END_OF_DOCUMENT_TOKEN_TO_BE_REPLACED

By Trevor BrownCosta Ballena has some of the best parties in Costa Rica during the summer months. With multiple music festivals, the Craft Beer Fest, Envision and the Semana Santa Surf Classic, there is […]