In March 2017, President Luis Guillermo Solís Rivera was named Distinguished Alumnus by the renowned Tulane University (New Orleans, Louisiana) that he attended in the 70s.

His postgraduate thesis on Latin American studies titled “The Dynasty of the Colonizers” describes the importance of the conquest and population of Pérez Zeledón county, claiming the historic and cultural interest of this county that embellishes the Brunca Region and enriches its history.

This territory covers 1905,51 km2 (about 725 sq miles) and has a wide variety of beautiful rural landscapes, which witnessed the epic and honorable colonization of El General Valley, which sets a historic milestone that deserves admiration.

When the fearsome Cerro de la Muerte (Death Hill) was finally dominated, brave families started settling in this valley that would become their new home. 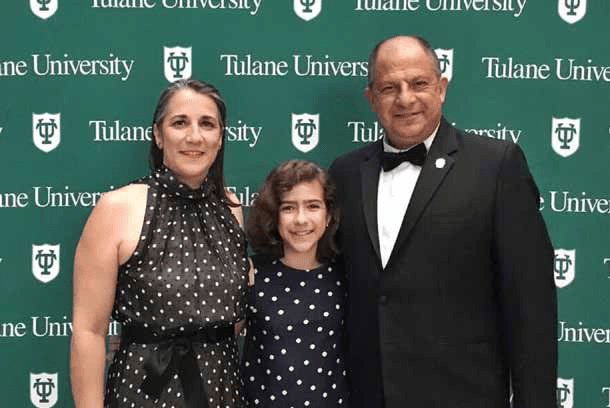 Families such as the Barrantes, Núñez, and Jiménez were the first owners of great extensions of land which would later be divided to be sold, and then become a home for the new inhabitants of this prosperous valley. The timely help and cooperation neighbors offered each other was crucial for the new settlers, and this solidarity would build the necessary steps to take over this land, to plow its fields, and to see the birth of their villages that would later become the county’s districts.

In the words of Claudio Barrantes Cartín:

“…we, the generaleños (people from Pérez Zeledón), have something to claim from the rest of the country; this is the epic character of the colonization of the Valley. No other region has this banner as a symbol”. (Taken from the book Pérez Zeledón, by Luis Enrique Arce Navarro).

The colonization processes in El General Valley were complex, heroic, and even cruel; they were absorbed by its people’s idiosyncrasy and is still is today, and it imprints a cultural and social uniqueness that can be enjoyed when visiting its domains.

END_OF_DOCUMENT_TOKEN_TO_BE_REPLACED

When rainy season rolls around, locals and tourists are always looking for something to occupy their time. Birdhouse Productions has the perfect solution. “Jugadores en la Playa” is an all-day charity concert event that will […]