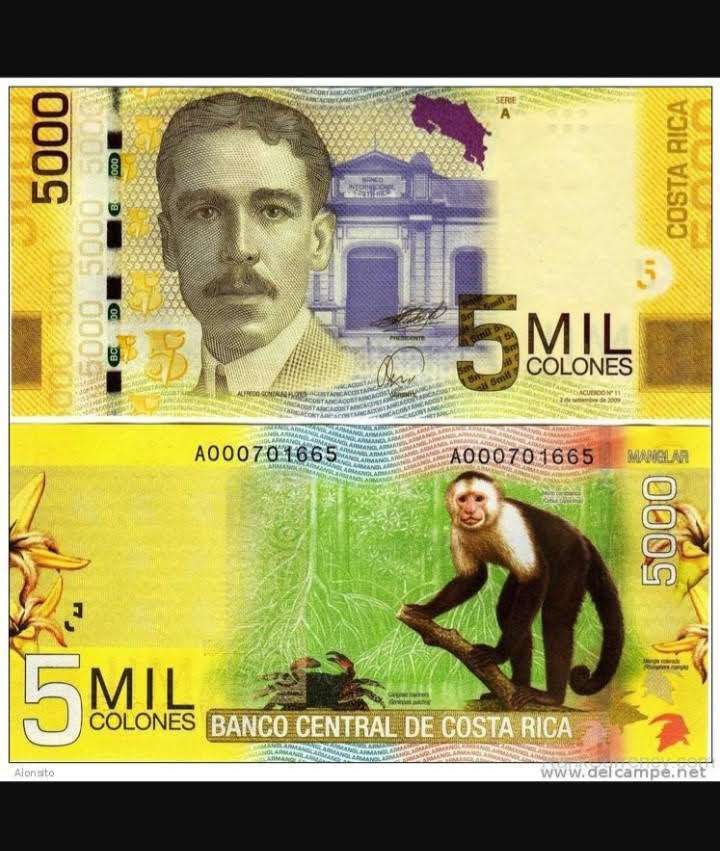 Behold the 5,000 colones! Moving forward with our series of the beautiful money of Costa Rica, the 5,000 bill shows the theme of the red Mangrove.

We start with Alfredo González Flores, who served as President of Costa Rica from 1914 to 1917. Due to a coup d'ėtat on 27 January 1917, he was not able to complete his term in office.

Born in Heredia on 15 June 1877, he graduated from the Costa Rica Grammar School in 1896 and acquired a law degree in 1903. He founded the Normal School of Heredia, the National Electricity Cabinet, and the International Bank of Costa Rica (now the National Bank of Costa Rica). His creations also include the Agricultural Credit Meetings, which enabled a resurgence of economic, commercial, and industrial activity in Costa Rica.

Moving on to the wildlife depicted on this banknote, we have the flowers of a mangrove tree! There are over 50 species of mangroves in the world. They are known as "walking trees" as their root system appears to be walking on water. Their root system provides a home for fish and crustaceans, and the tree itself provides a home for mammals, birds, and reptiles. Mangroves are very beneficial in preventing erosion and flooding. They can grow to more than 80 feet in height. On the 5,000 Colones bill, the red mangrove is represented.

The crab shown goes by many names, including: red land crab, white spot crab, Halloween crab, mouthless crab, and harlequin crab. It is nocturnal and lives in the coastal rainforests of Central America, though it must return to the ocean to breed. Its burrows can be as long as 1.5 meters (4.9'). It is predominantly a herbivore, eating leaf litter and seedlings.

Finally, the Capuchin monkeys! Also called white-faced monkeys, they live in the wet lowland forests on the Caribbean coast of Costa Rica and Panama and dry deciduous forests on the Pacific coast. They can live in habitats up to 1,500 m in elevation.

These monkeys are diurnal and arboreal and can frequently be seen using their prehensile tails and arms to swing between trees — group size averages at 15, with one adult male leading the troop. The females have one baby every 1 to 2 years clinging to the mother for the first 5 or 6 months of life. Most of their time is spent traveling and foraging, beginning at daybreak and moving until they stop for the night.

They seek food from the forest floor up to the top of trees. A troop will travel to a spring or other source to drink water. Their diverse diets have a strong effect on the vegetative populations in their habitats. They are known to disperse some species' seeds, pruning others, which stimulates branching, and eating insects that would otherwise damage the plants. Sometimes this is not a positive outcome as while they are eating ant colonies that live inside acacia trees and capuchins can destroy the plants to get to the ants. The main predators of capuchins may be large raptors, boa constrictors, and cats.

In the next issue, we will continue exploring the 10,000 Costa Rican banknote with insights on José Figueres Ferrer and the Rainforest theme, including the brown-throated sloth, cup fungi, and the Eriopsis orchid. 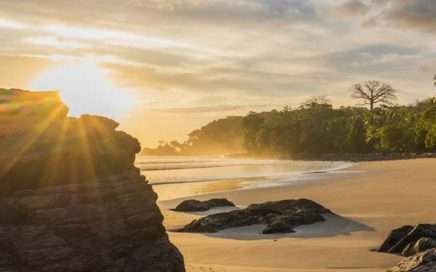 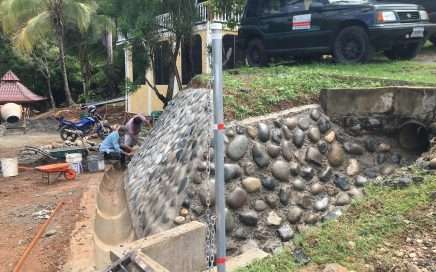 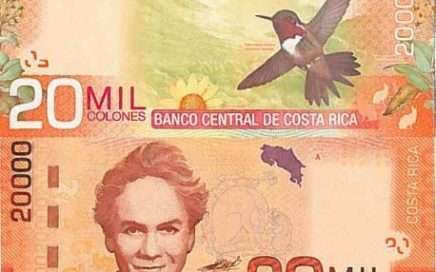 Costa Rican Banknotes are so beautiful – the 20.000 Colones Bill Autor: J.S.P. The 20,000 colones orange Costa Rican banknote was the first paper money to be remade in 2021 with a plastic substrate to […] 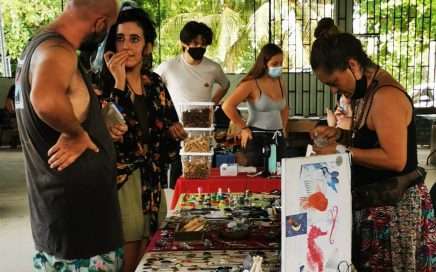 El Mercado- The Importance of local markets Author: Nathalia Saray In a planet with so many wonderful and prosperous corners, community organizations’ initiatives must take on the task of opening spaces where local society is […] 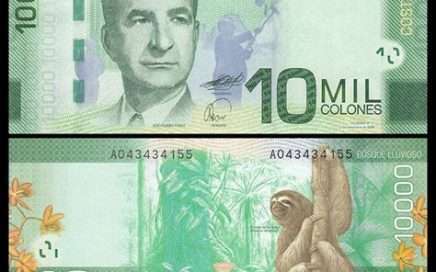 Costa Rican Banknotes are so beautiful – the 10.000 Colones Bill

Costa Rican Banknotes are so beautiful – the 10.000 Colones Bill Autor: J.S.P. The Costa Rican money journey continues with the green 10,000 banknotes! The rainforest theme shown is just one of the twelve Climatic […]

The delicious Pancito Café in Ojochal

The delicious Pancito Café in Ojochal Author: Dagmar Reinhard Philippe and Mireille, owners of Pancito Cafe, are well known in Ojochal. Early in the morning, delicious aromas emanate from the place, the smell of fresh […] 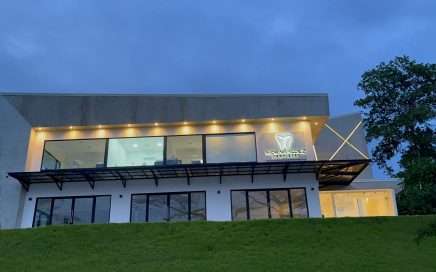 MORA & VALDEZ DENTISTRY IS NOW AT THE NEW VITA PLAZA

The road to defining that vision was long, but they finally succeeded. Mora & Valdez Dentistry, located in Vita Plaza, is the result of a new dental clinic. The feeling of being in a place intimately connected with nature that your eyes can appreciate leaves you speechless, and this experience makes us different.

END_OF_DOCUMENT_TOKEN_TO_BE_REPLACED

Pejibayes are one of the staples of nutrition in Costa Rica.
These iconic fruits from palm tree native of the wet zones have been regarded with amazing nutritional and health benefits.
They are full of vitamins B1, B2, B6, B12, vitamin A, vitamin C, and vitamin E. Each fruit also contains 2.6 grams (about a tenth of an ounce) of protein.