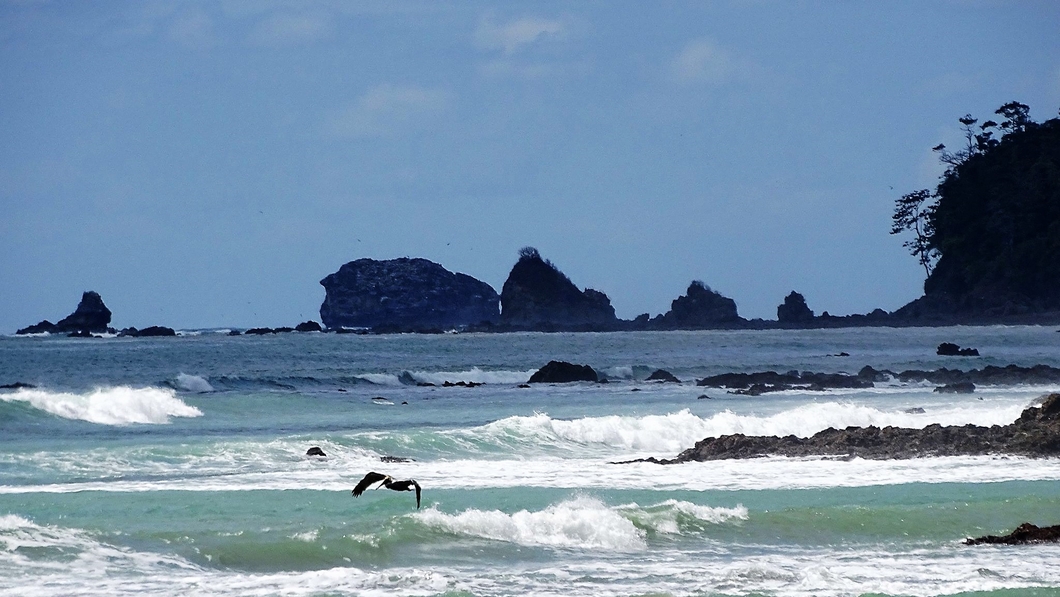 Corcovado National Park, which, according to some locals, is named after a kind of native type of quail called corcovado, is located on the Osa Peninsula, in southeast Costa Rica. This place offers excellent conditions, such as wonderful landscapes full of wildlife, which are part of the biodiversity that this mystical land enshrines, and that includes one of the most beautiful and biologically important national parks on the planet.

It was established as a National Park in 1975, and covers 164 square miles of land area and 13 square miles of marine area. This is the last remnant tropical humid primary forest that still exists in the American continent.
It is the home of 150 species of mammals, 350 of birds, 100 of reptiles, as well as a wide variety of plants and trees, such as the purple heart, wild cashew, and kapok.

Corcovado is a magnificent place where the dense forest caresses the blue waters of its pristine beaches, in which emblematic species like cougars and tapirs frequently relax and sunbathe. Macaws ﬂying over the forest canopy, white-faced and spider monkeys hanging from branches in the undergrowth, and several species of snakes are part of the daily landscape that tourists can appreciate in this amazing wildlife refuge. Plus, travel magazine Discover Corps 2016 named Corcovado the Best National Park of the World.

Corcovado National Park at the Osa Peninsula, is a paradise for conservation, where nowadays it is possible to find a variety of ecosystems in which living beings have kept their symbiotic relationships unchanged for 600 hundred years. It is key to highlight Corcovado’s other valuable element: its people, which includes fishermen, farmers, native indigenous residents, and gold miners, who, at the same time, make up the human and cultural richness that boosts its greatness.

END_OF_DOCUMENT_TOKEN_TO_BE_REPLACED

Thank you for reading this post, don’t forget to subscribe! by Cheme When a surfer hears about the swell, there is ground for joy; it is time to start planning. What is the swell? It […]