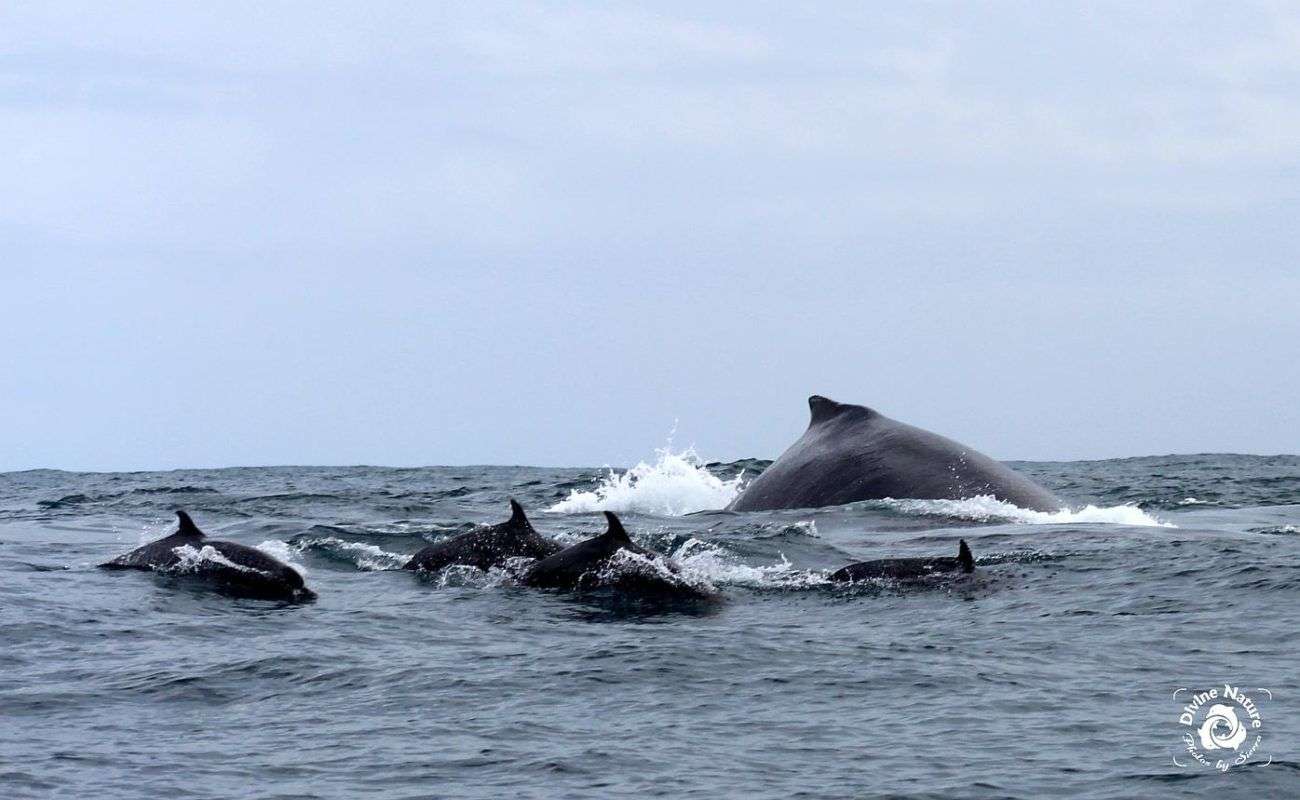 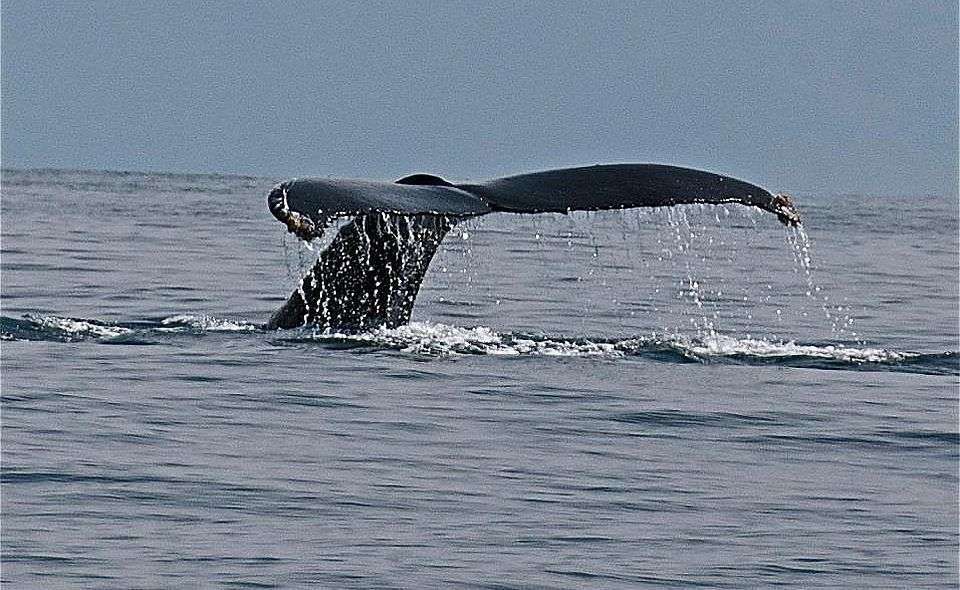 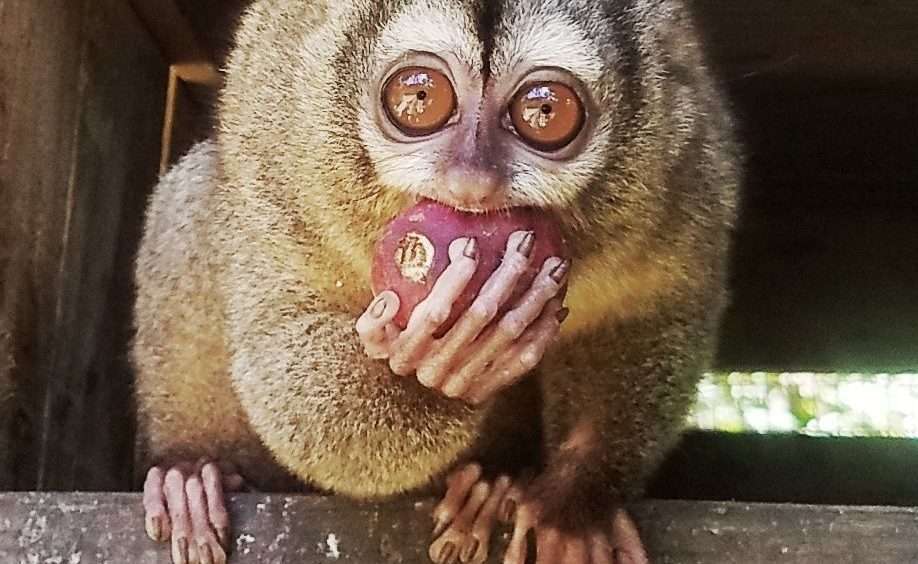 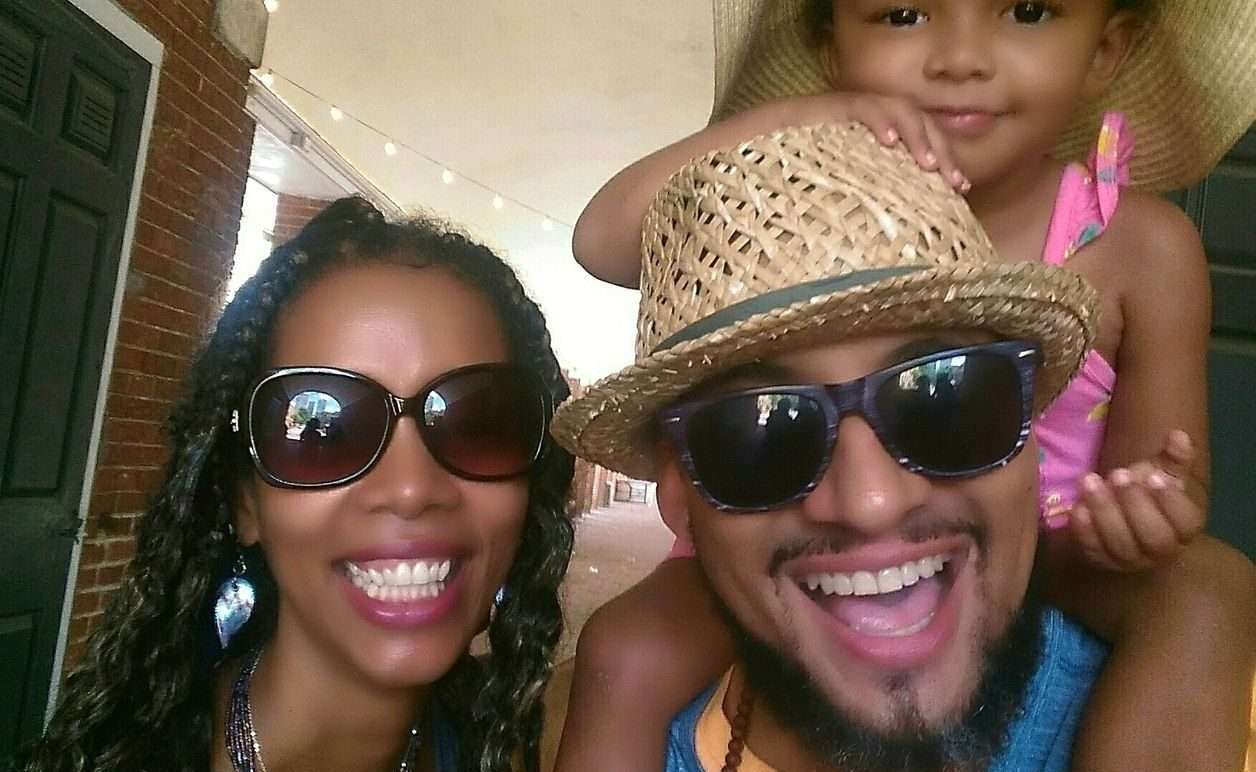 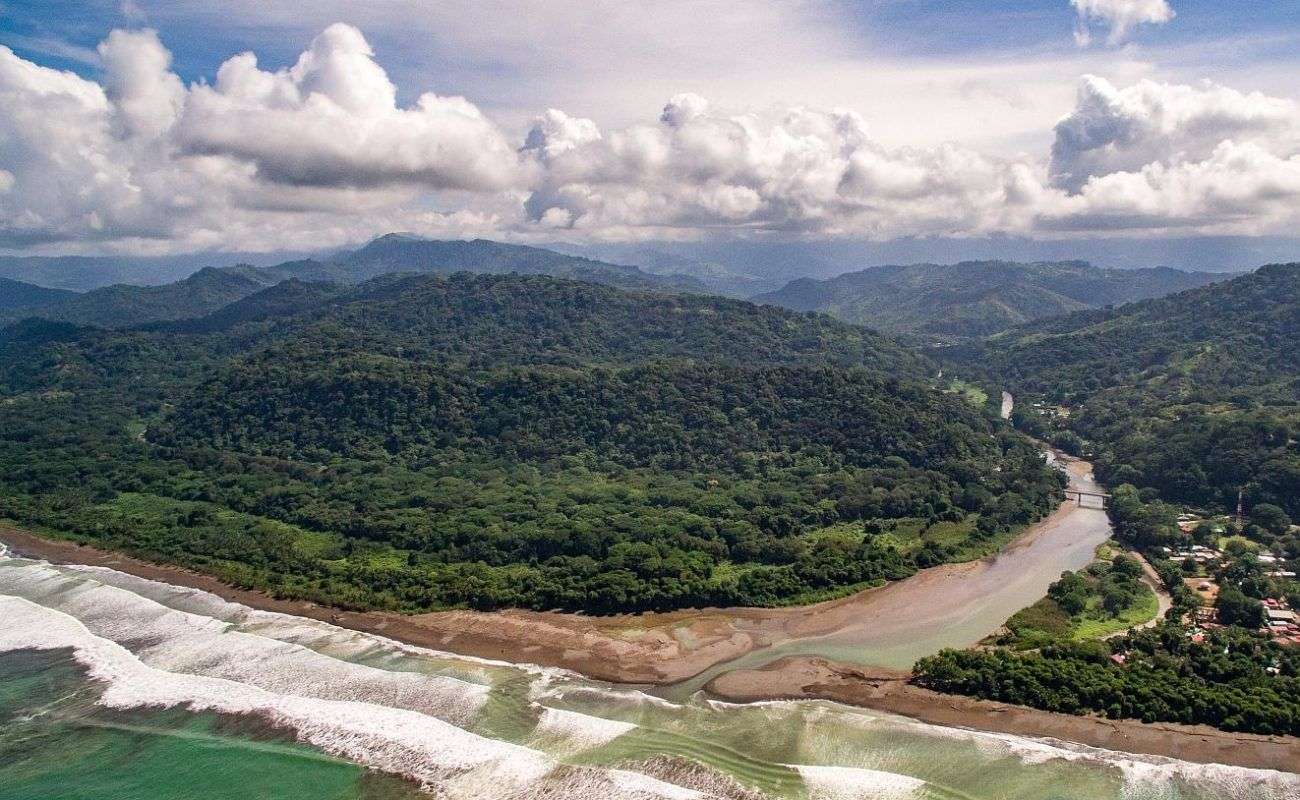 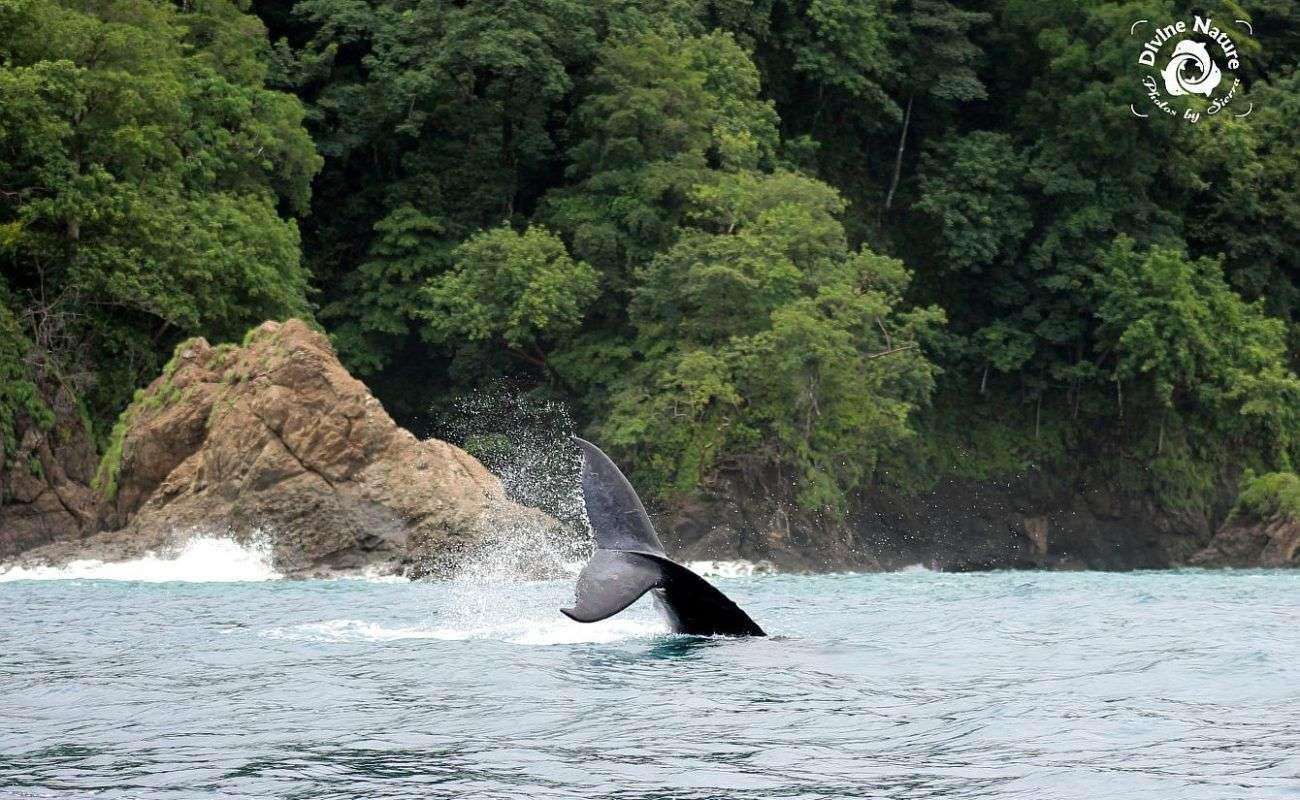 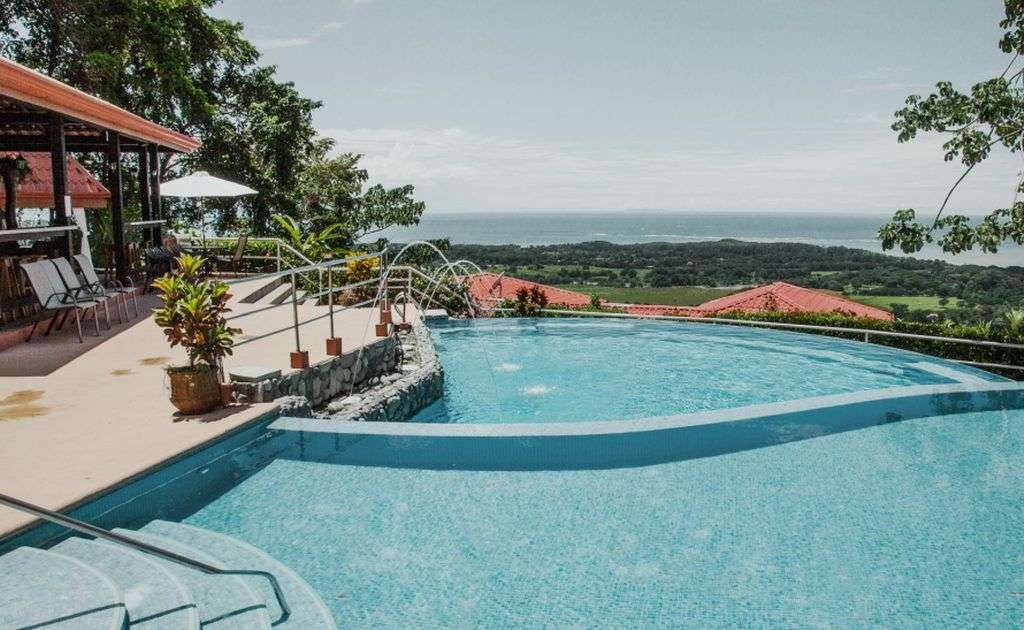 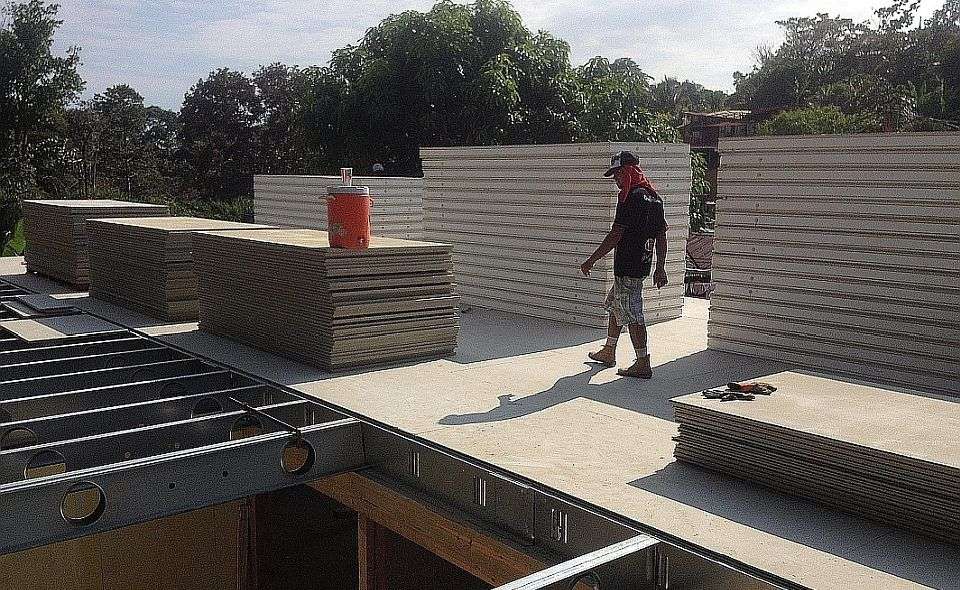 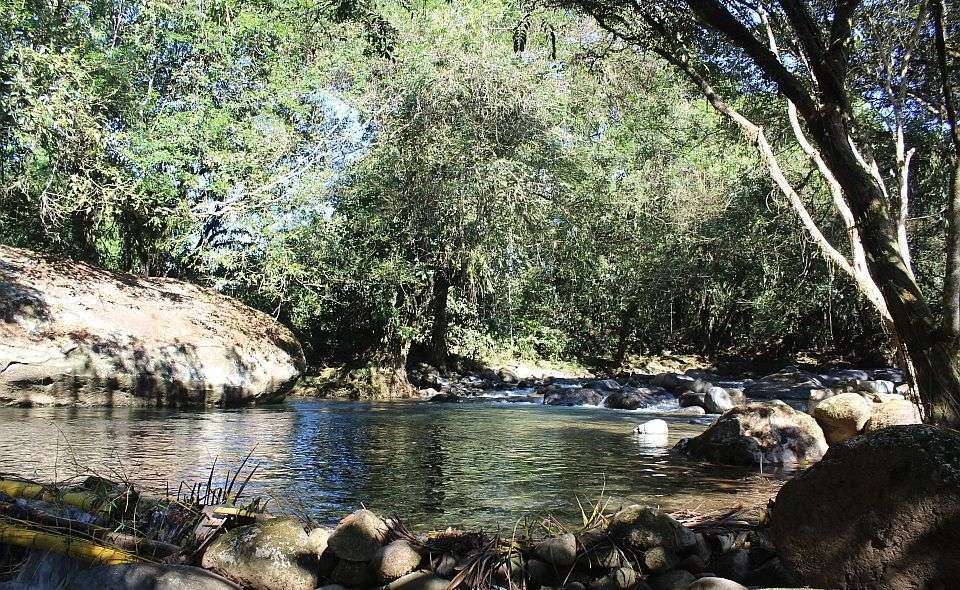 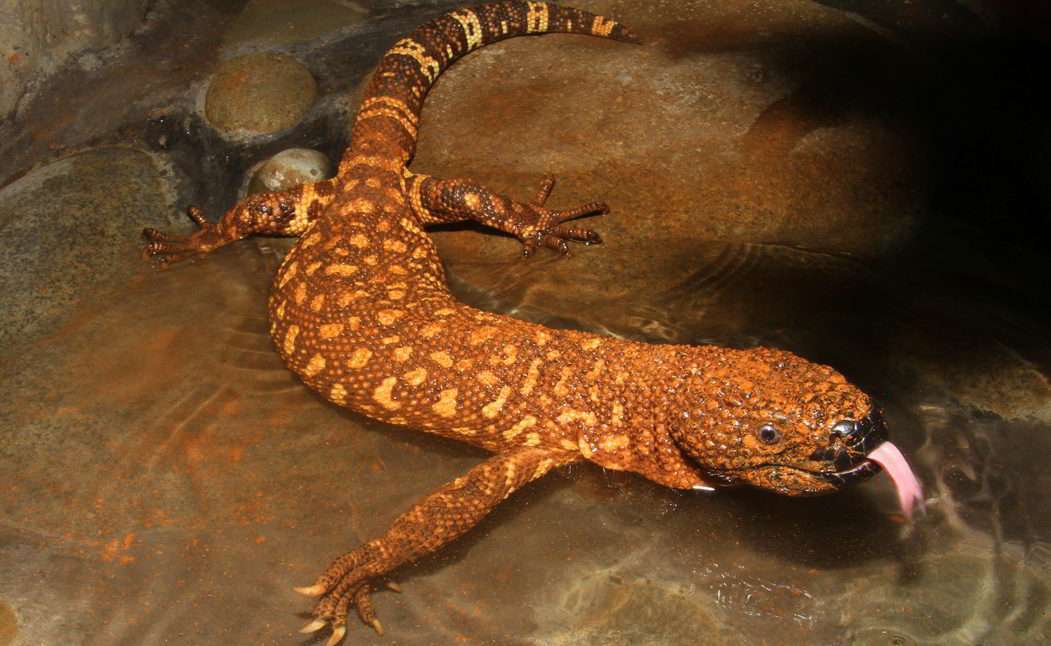 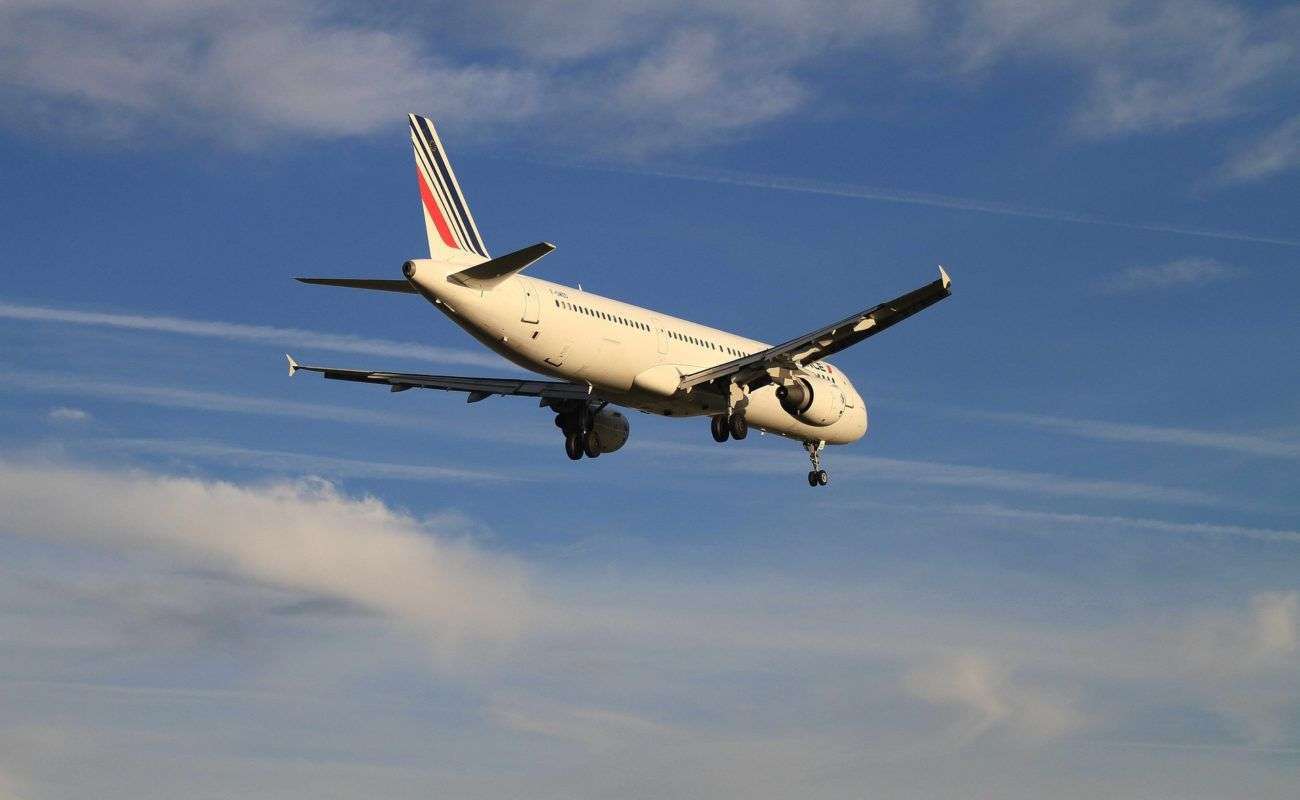 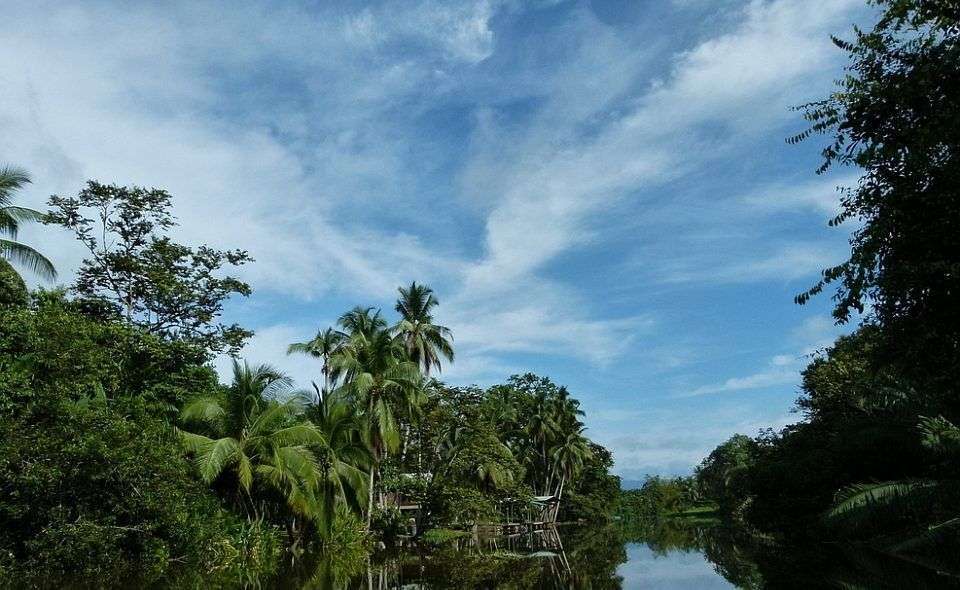 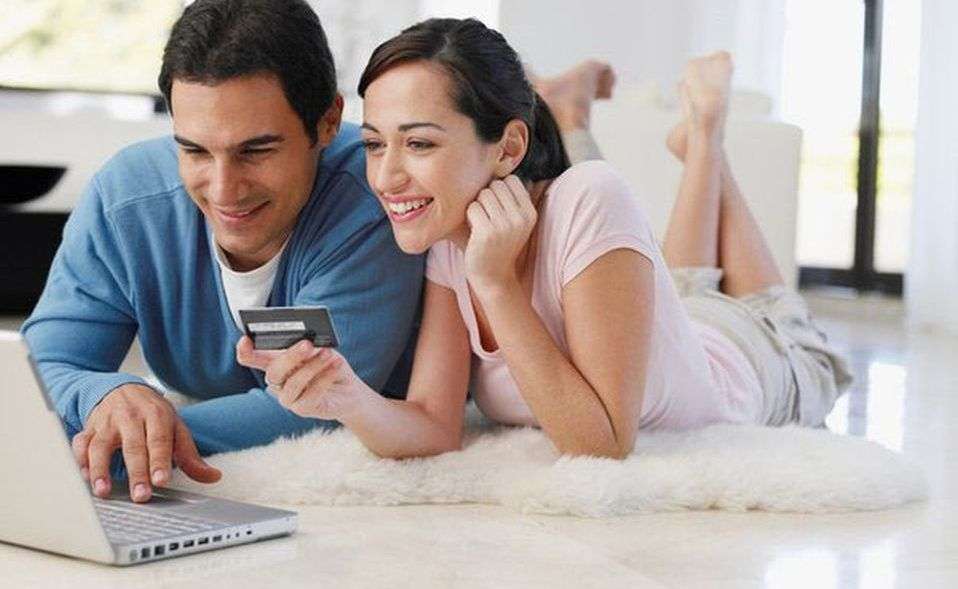 We celebrated Ballena Tales 5th anniversary on June 30th, 2013, also coincides with the 30th edition...and as the saying goes, there's never one without two, and never two without three, and so, the third occurrence was that it also happened to be my 30th birthday! Serendipity at its best, as I would have it. New to the team, working alongside the clients, writers, designers and good friend and Editor-in-Chief, Dagmar Reinhard for a year now,  we had cause to celebrate. So for this wonderful occasion, clients, friends, and colleagues gathered at the Hotel Whales & Dolphins in Uvita for sunset, music, food, and wine!

We were delighted with a once in a lifetime musical performance by Uli, on the didgeridoo, Barth on the flute and Philippe on the wave drum. Many thanks to the artists! This original music combination resonated in the jungle and a little rain did not hold us back, rather the rhythm of the rain joined the musical notes in a soft undertone that made the music come alive and lay the foundation for the makings of an incredible sunset to take place. With an electric sunset backdrop, the rain tapering off, belly dancer Dayana, joined in the entertainment and gyrated to the sounds echoing around us. The candles around the pool were lit at dusk and we all relaxed to sit back and enjoy the entertainment in front of us.

Later that night, with lively animation provided by Japhet, staying true to tradition, we held an auction where local businesses donated services or products to support an up and coming person in the community who also needs financial support. This year we held the auction for Melissa Herrera Monge, a promising young football player from Bahia. She has excelled as an athlete and has recently moved to San José, where she is finishing high school and is training daily with the first women’s division of Saprissa. This year we were able to raise $440 of funds that went towards Melissa's schooling in San José and help aid her in buying a new computer. Many thanks to all those businesses and auctioneers who helped Melissa get one step closer to her dream, it truly is in a caring community that the best stars are born.

We were also delighted to have found a message from Mr. Tom Nagel, the President of CACOBA, who had only positive feedback for our team and wished our ongoing success. Tom wrote to us: “I remember very well the first conversation with her [Dagmar] over five years ago, when I was very skeptical about another magazine in Costa Ballena, Dominical Days already existing and others. But as a German co-patriot, from day one I was present with an ad in each issue.  And without regrets. Today, five years later, I can say that Dagmar has achieved a miracle. The Magazine is professional, informative and apolitical. Ballena Tales is promoting Costa Ballena in a way that has helped us tremendously to be present as a destination."

And indeed, Ballena Tales Magazine has come a long way. At the offset, the intention of Ballena Tales Magazine was to reach out to both national and international readers, to bridge a gap between local businesses and community members. It has, since the beginning, been Dagmar’s wish to share this feeling of community, of being part of what she has found here, something that has been so precious to many who have either passed through here, who have decided to move here or those who were born here and who make it what it is and always has been. The goal of the magazine has been to spread that feeling of positivity through the promotion of community initiatives and businesses. From the very start, Ballena Tales Magazine has focused on topics as Environment, Culture, Initiatives, and Surf!

It was in 2007, when Dagmar arrived from England, invited by a friend who was then the director of the Whales & Dolphins Hotel, to work as the assistant manager. She participated in the Chamber of Tourism, CATUCOBA, meetings where she found out that in 2006, the Tourism Minister; Carlos Benavides had baptized the area as Costa Ballena. Costa Ballena comprised “the coastal range from Rio Barú in Dominical all along Uvita, down to Ojochal and included the river mouth of the Terraba, at the height of Coronado.” It did not take long for Dagmar to fall in love with the area and after leaving the position of assistant manager, she established her own business, never wanting to leave the area that she now calls home.

In July 2008, Ballena Tales launched the first and very original edition.  Five people were involved in the creation of Ballena Tales. The cover was courtesy of David Araya, an artist who currently holds a position at the Municipality of Perez Zeledón, showed a painting of the area. Marbrengertt Araque came up with the name of the magazine, joining the words Whale and Tales (in an interesting word association for this area). Miroslava Herrera and Rosemary McGregor were the first writers, with much more who have followed and who continue to write great content that represents the voice of our community. And we thank our contributing writers for such great and unique content. Philippe Chapuy, art director, who has enriched the magazine with his vivid photography and colorful design since the beginning. And now, we have extended team members. Whether it may be a designer, writer, programmer, or someone behind the scene, Ballena Tales continues to grow and we send out a heartfelt thank you to everyone who has a hand in making the magazine a realization and an ongoing success.

It is our hope that Ballena Tales contributes to uniting us all. And with that, I sign off and leave you with the final toast both Dagmar and I keep in our hearts every day. We are grateful for our ongoing success and growth and we would like to especially thank our customers, colleagues and the community for participating in our project and share our vision that propels us forward. Thank you. And with that, may we all experience ongoing success, growth and happiness! Salud! 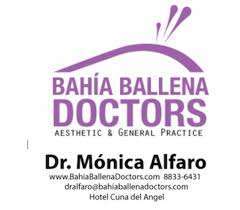 END_OF_DOCUMENT_TOKEN_TO_BE_REPLACED

By Felix Helmholdt For Costa Rica, the tourism fair ITB Berlin 2016 was a great success, as the country gained the prize for the best booth from Central America and the Caribbean this year. The […]

END_OF_DOCUMENT_TOKEN_TO_BE_REPLACED 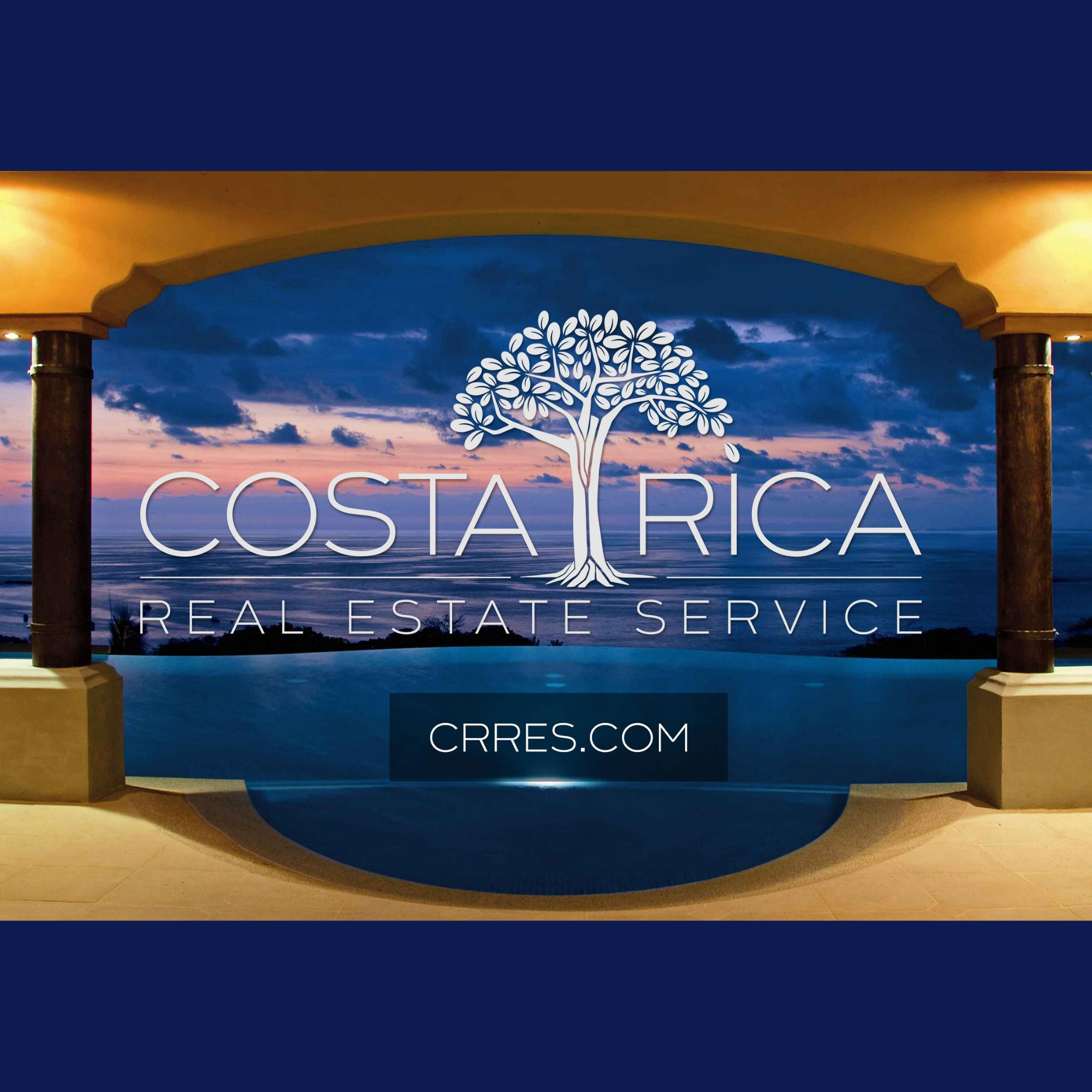